skip to main | skip to sidebar

For those of you who have watched big brother at any stage over the years you will be familiar with what happens immediately after a contestant is evicted from the house. They are promptly brought backstage for an interview to discuss their time in the house followed by a chance to sit back, relax and enjoy their best bits on the show.

It has been a long standing belief of mine that when our own live's comes to a hopefully not too bitter end, that something similar will happen to us. You will be given an opportunity to re-watch moments of your life. Your best bits. Which ones? You decide.

For me I'd much rather relive the stuff I don't remember. Namely the various drunk conversions I've had with taxi drivers at 4am over the years on the way home after a night out.

These are rants which are so directly in touch with the soul you wouldn't dare air them throughout sobriety.

These are words which I've never been more surer of in all my life as when I say them. I'm sure they're nonsense just like everyone else's but my god I am so sure of them at the time they leave my mouth I wouldn't mind hearing them again.

I get the odd flashback of them every now and then a few days later and I just laugh. Not so much at the nonsense but at the absurdity.

There has been more than one occasion where I have gotten into a taxi told the driver where I wanted to go sat there in silence for approximately one to two mins until the air was perfectly still and the moment just right and then began.

Not in a McLovin way or anything like that. Although that too would probably go down a hoot to the right candidate. But in a let's spend the next 10-15 mins moaning about the fairer sex something of which we probably both have an infinite amount of material with which to emotionally discuss/listen to me emotionally discuss.

And we do discuss it amongst other things and by we I probably just mean me whilst they listen. But even so these sermons are something I'd like to hear again. It seems like there's gold in there. Gold I might never get back. If not in this life then hopefully the next.

If anybody can provide me with a compilation of my best bits please get in touch. I may have to hold out for God though on this one.
Posted by rag2gar at 6:20 AM

very useful when joining this blog, it's easy to make money in an instant

HI,Gary .i am very pleased after reading this blog. i like your writing .this is very informative .please keep sharing with us Games pkv


Having problems with your salary during the COVID-19 Virus Pandemic? Let us help you, just as always. We are proud to do the job here, bringing help to those who needs it.
They sell the following Fresh good Dumps+ pin, Different Countries CVV, Fullz,, SSN DOB, Social Media Profiles Boost, Banks logins, Paypal with G-talk verified, Ebay, Amazon accounts logins, bestbuy, all kinds of shops account available, RDP, Mailers PHP,Best Leads. EMV Software Reader Writer all are available, etc CC Format we selling are:|Card #|Exp. Date|CVV/CVV2|First Name|Last Name|Street|City|State|Zip Code|Country|Phone|Type Of Card|Bank Name|
They are among the best, legit left in the world they gave me my biggest cash out in cc and dumps till date, i advise you to get your tools ready and have a good setup if you want to get success in your transaction
you can reach them on below contacts 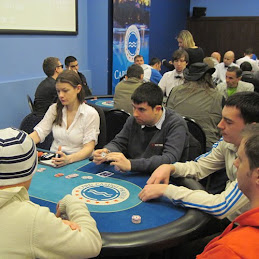